Everything has begun in February 2022 when one of my school teachers told me about the "C@nnizz@Robot" of Catania and suggested that I'd join. The purpouse was to create a robot capable of save people that couldn't escape an eruction of the Etna volcano. The robot had to be capable of recognize the colors of the blocks and decide if take them with it or not.

The brown blocks were the volcano rubble and had to be discarted, the blue blocks and yellow were worth respectively 4 and 5 points. The green blocks had to be taken to a different area and they were worth 3 points.

The field was divided into 4 areas, down below it's shown our game strategy: 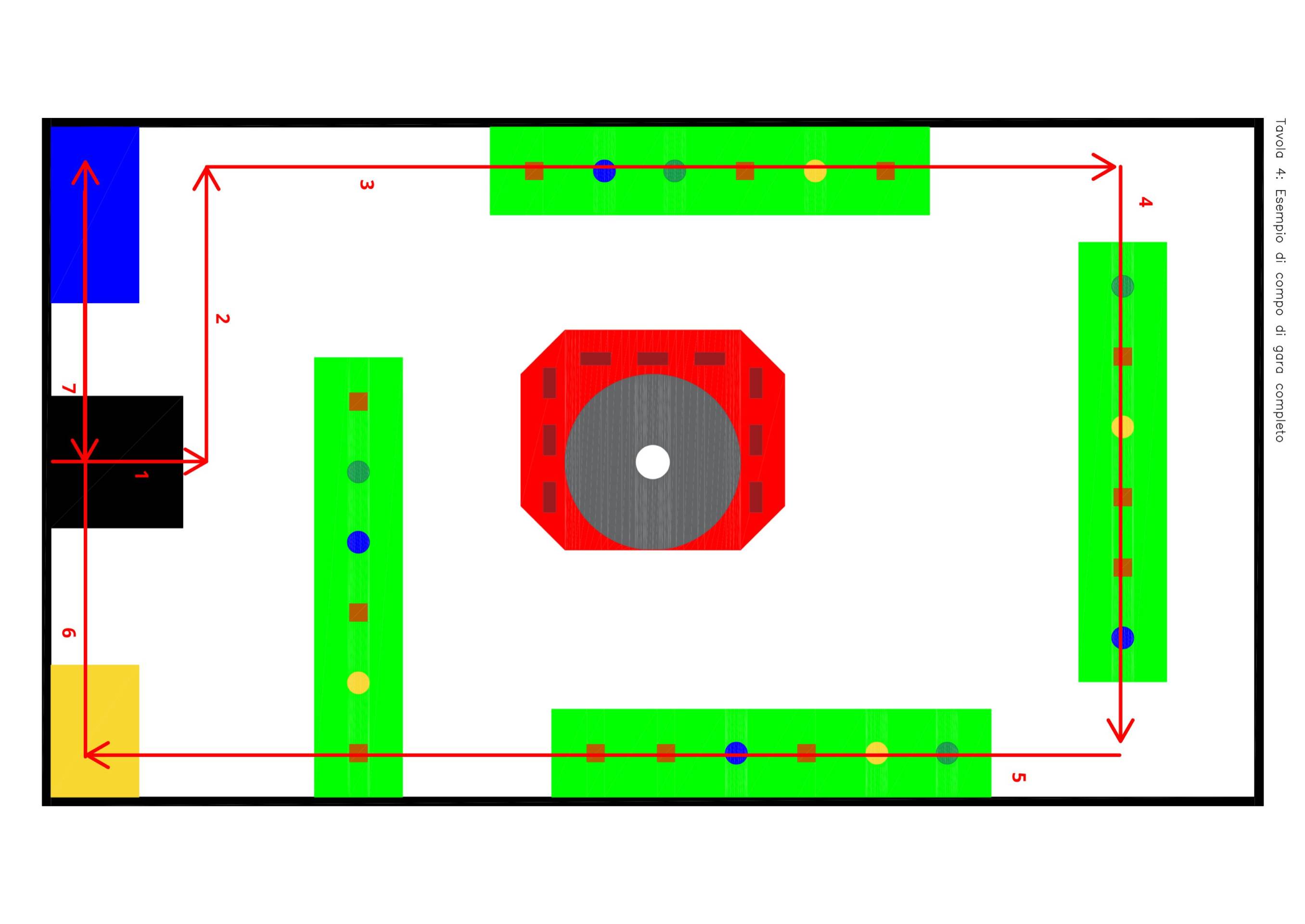 Because the limitations that our hardware had, we decided to discard the last portion of the map. 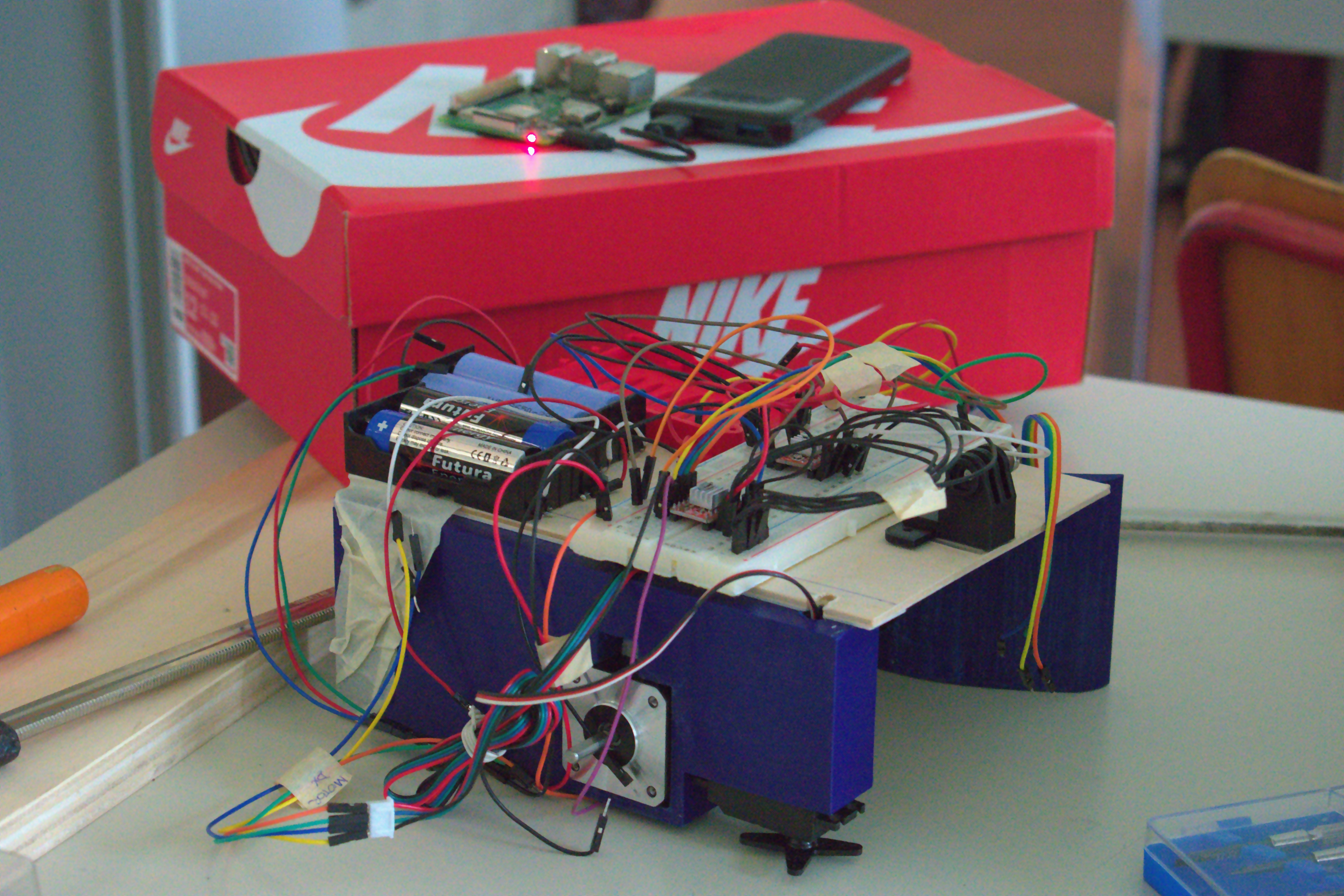 The robot moved thanks to 2 stepper motors set to 1/4 step, driven by 2 separated motor drivers (A4988). The robot was equipped with 2 IR distance sensors. They were analog sensors, and because we used a Raspberry we had to use an ADC. Unfortunately the sensors had a limit of 4-30cm, so we were unable to do the last area too, but this wasn't a big problem because if we were able to do the other areas we surely have made many points. At the front we mounted a programmable color sensor (Pixy) that you can configure with the aid of a computer. We mounted a servomotor to drive an arm used to discard or take the blocks. All the sensors and motors were attached to a Raspberry Pi 3B+ with a program written in Python by me. The code is all open source, it contains some libraries written by me as well to integrate the code with our strategies.a

We've gone back to the start many times, but initially we used an AlphaBot. We immediately understood that that wasn't the right path because the AlphaBot used DC motors that were more complicated to control, so we decided to switch them with some steppers motors, which would grant us more control.

We encountered many issues with the color sensor, because it wasn't capable of adjusting itself on different ambient lights and it had to be reconfigured many times. We managed to solve most of the problem using a function in the sensor that when it was powered on it automatically made a white balance, but the problem persisted if the light changed during the execution of the program, so just a lamp with a different hue of the other could confuse the sensor.

The competition was on June 4, 2022 at the I.T.I. S. Cannizzaro school. Unfortunately during the quarter finals the ADC disconnected due to vibrations and confused the robot that thought it was too close to the wall and so it started to turn on itself. We still managed to achieve the 5th place of 24 participants. 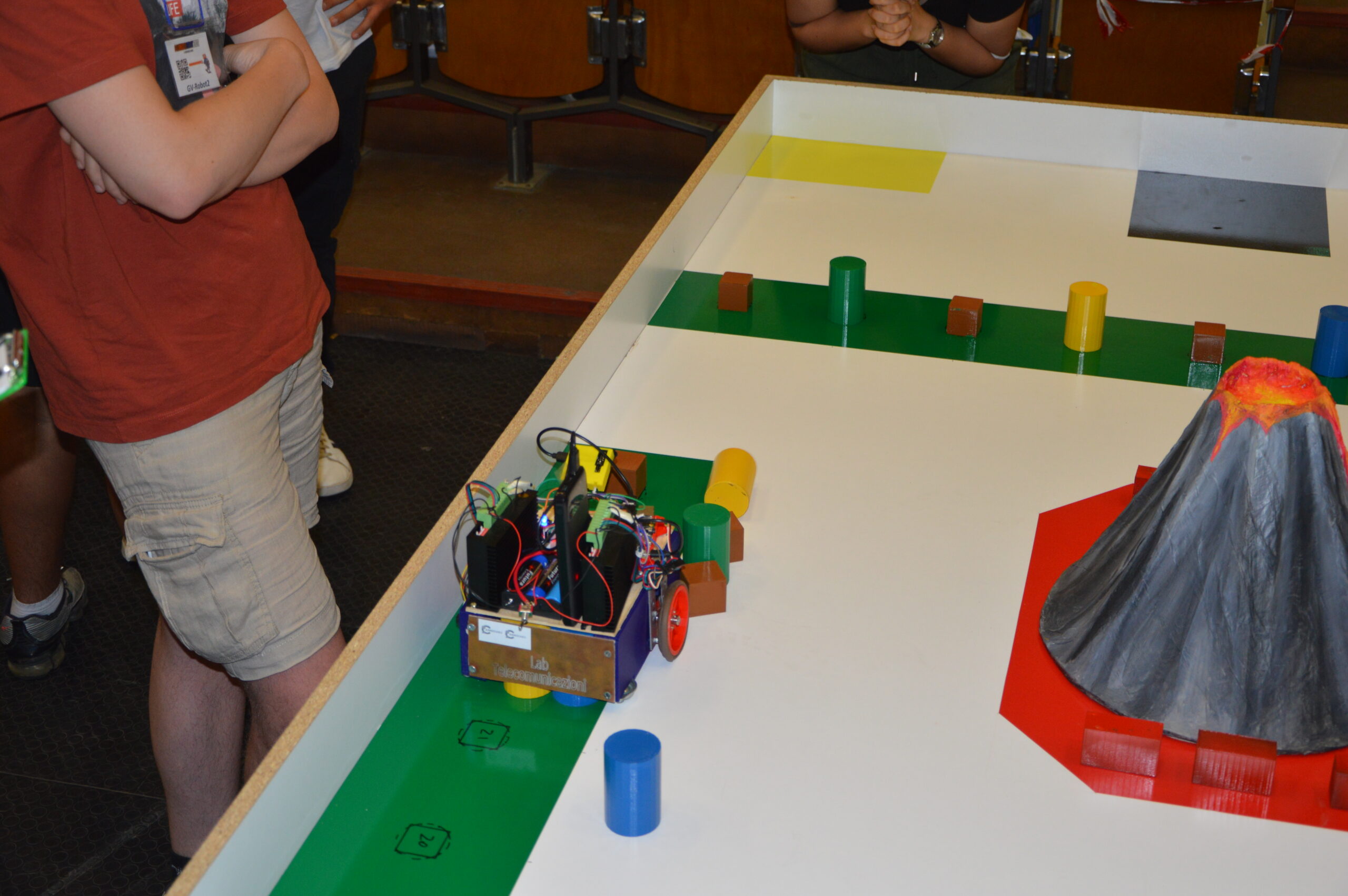 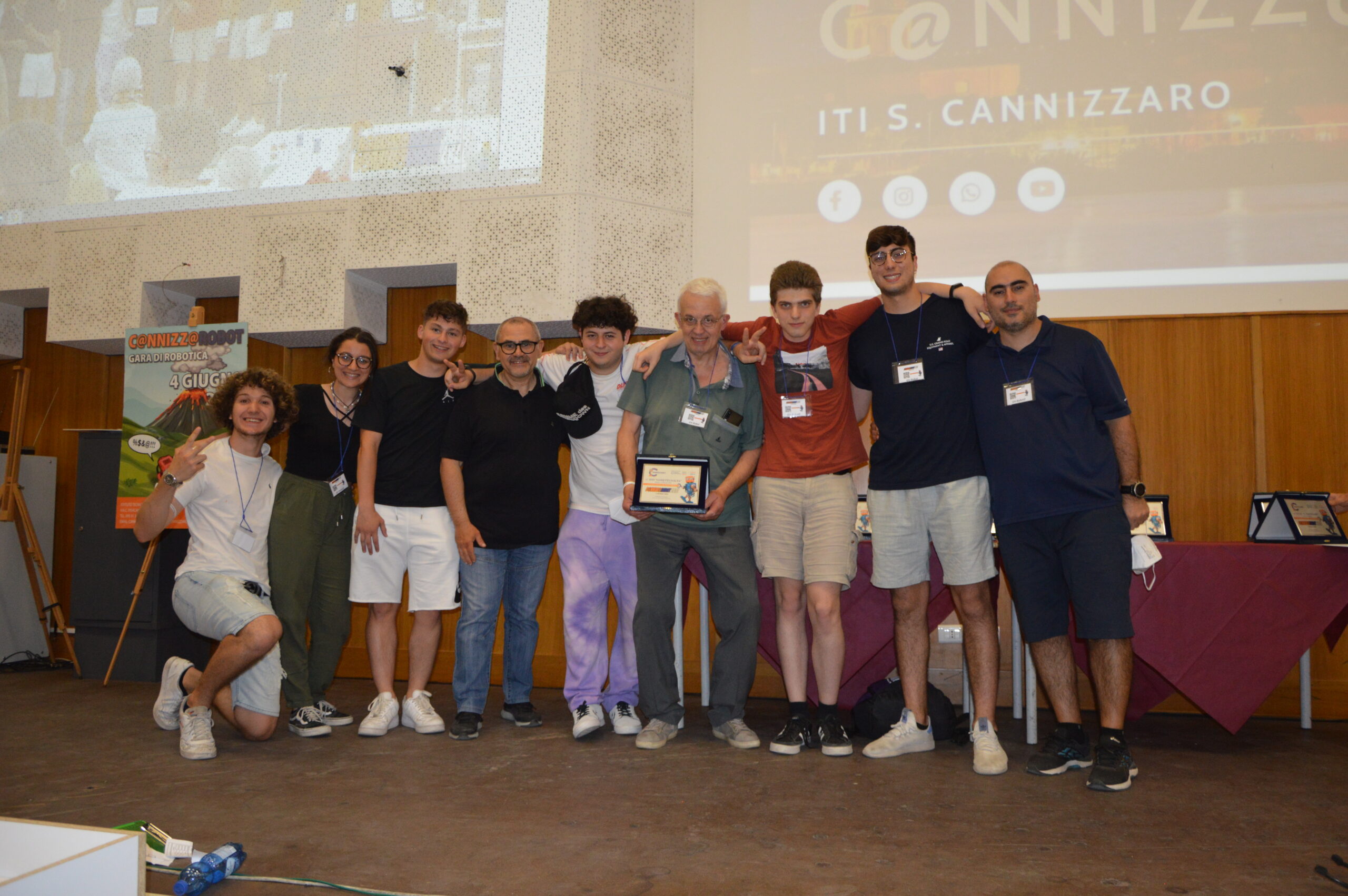 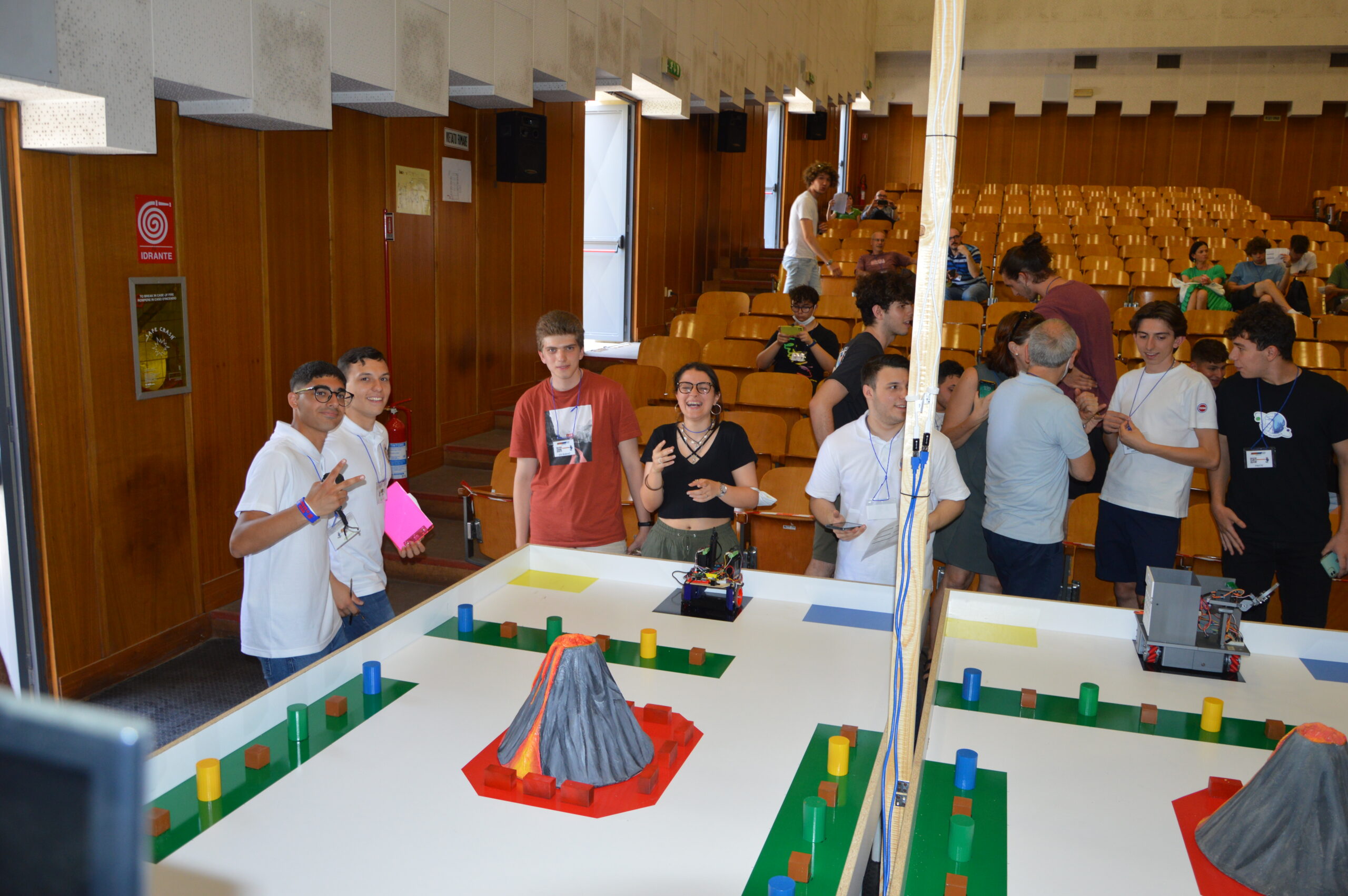